10 years at the heart of our garden community 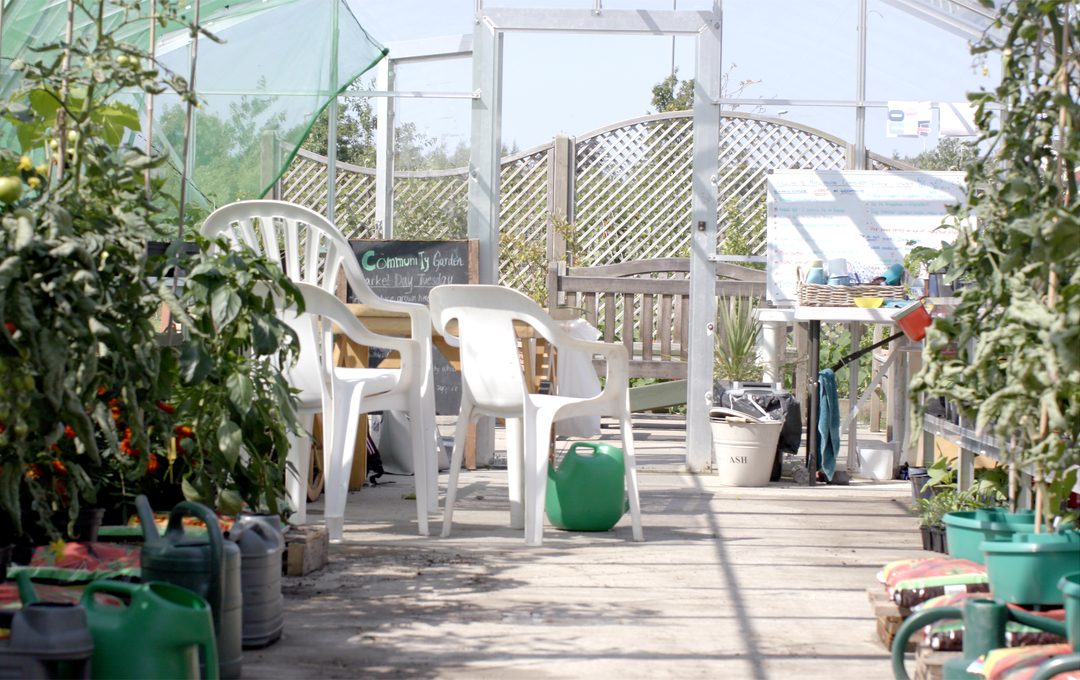 2022 marks the 10 year anniversary of Midlothian Community Hospital Garden. Over those 10 years the garden and its community has come such a long way.

It would be easy to mark the success of the garden on the way it has developed through time and the infrastructure which has been created. 2013 saw the beautiful wooden gates donated by Cala homes, the much-needed rabbit proof fencing, the creation of the vegetable beds, the planting of the orchard and the development of the flower beds. In 2014 there was the so welcome addition of the 4 by 10 metre greenhouse, not only a valuable protected growing space but also much needed shelter for the hard-working volunteers on a rainy day. Later, in 2017 came the bigger workshop and in 2018, electricity, off-grid and collected from the workshop roof via solar panels, then fed into a battery system. The first time volunteers could have a cup of tea from water boiled on site! In 2020, the challenge of having no water on site to irrigate was overcome by the completion of an underground water tank system which holds up to 10,000 litres of water. Crops could be watered for the first time by hose! More lately, the Stell Garden has been created thanks to the help of the South of Scotland Drystane Dyke Association and again with help, we built our very own outdoor kitchen.

These are achievements so very worth celebrating, yet they do not tell the true story of what Midlothian Community Garden actually is. You only get the complete story from ‘being’ in the garden. By spending time in the garden, you get to feel the richness of the community who also chose to ‘be’ in the garden, all the people who choose to relax in its tranquillity, feel centred by its safety, are inspired by its creativity and feel grounded by its connection with nature. These are strong emotions which help to draw people in to connect with the space and with each other. And because of this, a community has flourished. 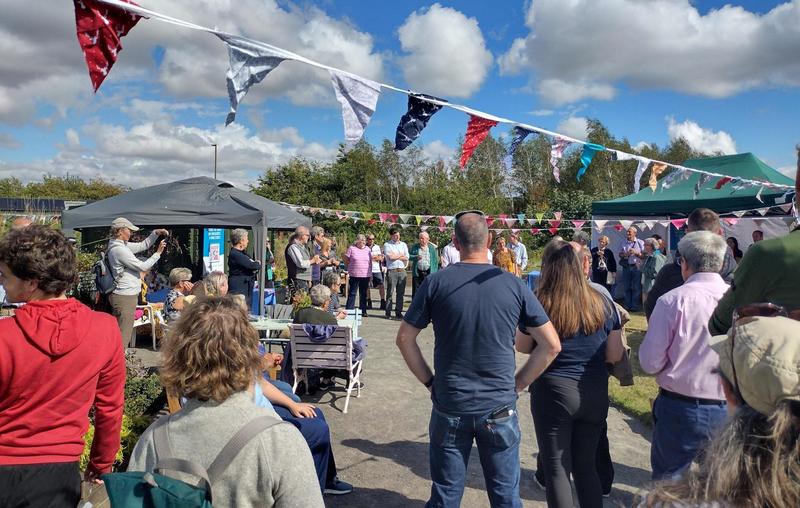 Placed at the centre of the gardens community is the hospital. The community is the patients and families who take a walk during visiting times for a breather and a chance to watch the birds on the feeders. It’s the hospital staff who use the garden on their breaks, some of whom can be found with their shoes off, connecting with nature and getting some well needed grounding between long and exhausting shifts. It’s the visitors and the dog walkers who use the garden daily (and some more often). It's the local childminders who bring the children down to watch the bees and play in the dens, and the neighbours who donate their spare tools and pots when clearing out their huts. It’s the groups who come along to use it; those supporting people who may be struggling with challenges in their lives as well as those coming to learn new skills. Whether it’s through gardening or cooking, you’ll find people connecting and building relationships right here in the garden every single day.

Over the years, Cyrenians sessions in the garden have increased and now there are staff on site five days of the week, each day supporting different teams of volunteers to managing and develop the garden. You’ll usually find them by listening for the laugher as someone cracks a joke or some kind of tomfoolery is taking place. Within these volunteer teams, it is so humbling to watch the relationships between strangers blossom as they support each other to complete the gardening activity which is taking place. The support, the nurturing, the companionship and the opportunity to connect with nature encourages the volunteers to come back week after week and year after year. You ask them now why they come to the garden and few would tell you ‘to garden’, but rather to be with their friends, enjoy the company of others and feel part of warm community.

So next time you have time to visit the community hospital garden, do look around at what’s been achieved over the past 10 years on the ground. Take the time to ‘be’, to connect with the garden and with those in it. I’m guessing you’ll leave feeling warmer than you did when you arrived.

A Space to Reflect and Remember