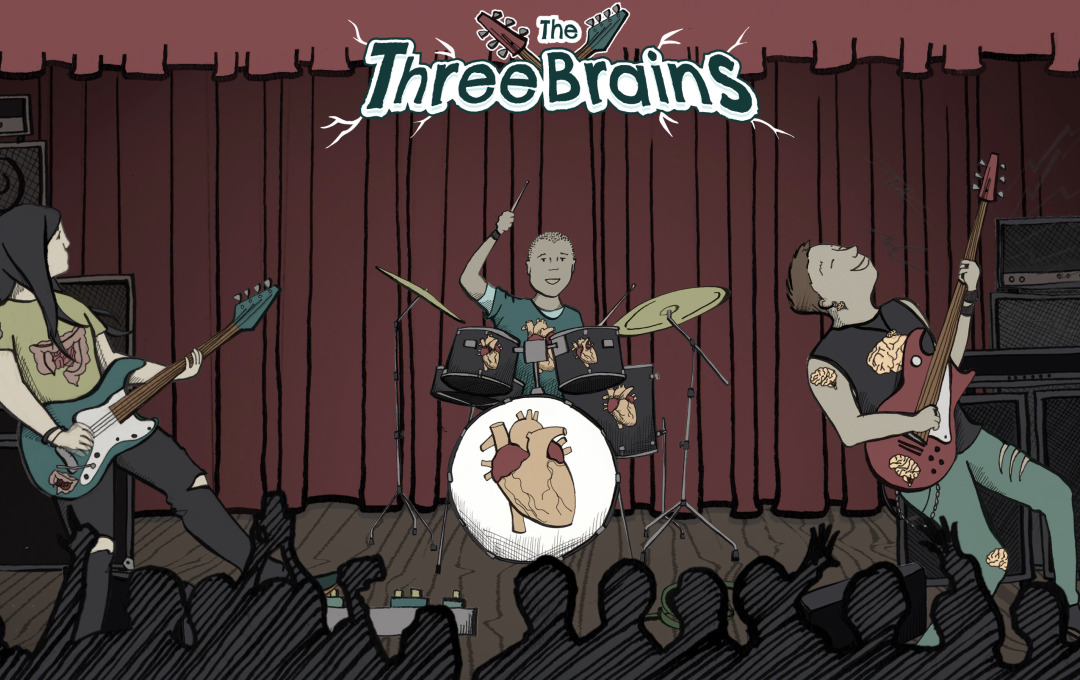 Cyrenians service Scottish Centre for Conflict Resolution (SCCR) launched its new resource The Three Brains today, marked by a special event at Glasgow SEC during The Gathering, one of the Scottish charity sector’s biggest annual events.

Aimed at young people, The Three Brains is an educational digital development exploring the importance of the mind-body connection, bringing together music, science, film, and illustrations for a quirky, entertaining look at emotional regulation and wellbeing. The pages on the SCCR website include an interactive quiz, using music business scenarios to get young people thinking how they would react in different circumstances.

The ‘three brains’ in question are your gut, your heart and your actual brain. Our mind-body connection is how our head, heart and gut work together to process how to react to the world around us. Our physical and mental health are connected and affect our emotions – with the reverse true too. If the mind-body connection is strong, people tend to be able to manage relationships better.

SCCR built this, along with its many other resources, in line with its mission to help families manage conflict through emotional regulation and wellbeing exercises. This, along with Cyrenians' Mediation and Support work, helps tackle family conflict at source, tackling the most common cause of homelessness among young people - family breakdown.

Year on year, family relationship breakdown remains the largest single cause of youth homelessness in Scotland, accounting for over half the total number of homelessness applications by young people annually. The Three Brains builds on the SCCR’s work in conflict resolution, mediation and early intervention work with young people and families experiencing difficulties in order to prevent young people becoming homeless in the first place.

A short film by the Scottish BAFTA-nominated filmmaker Felipe Bustos Sierra (Nae Pasaran!) introduces The Three Brains on the website. The SCCR consulted with Professor Judith Pratt, Co-Director of Psychiatric Research Institute of Neuroscience in Glasgow, on the science behind The Three Brains.

The Three Brains is the fourth psychoeducational digital resource that the SCCR has developed since it opened in 2014 , Scotland’s first-ever national resource centre for conflict resolution. The previous resources – Monkey vs Lizard, Keep the Heid, and Emotional Homunculus – can still be found on the SCCR website, a digital resource hub full of engaging multimedia content, including films, animations, interactive quizzes and illustrations which bring the resources to life on screen. The Centre developed these past psychoeducational resources in collaboration with a leading child development and mental health expert as an early-intervention approach to combat conflict in families and target the country’s youth homelessness figures.

Can learning more about the mind-body connection help new band The Three Brains get on better? Watch the short film and learn about the science behind the 'band' before trying the fun quiz!