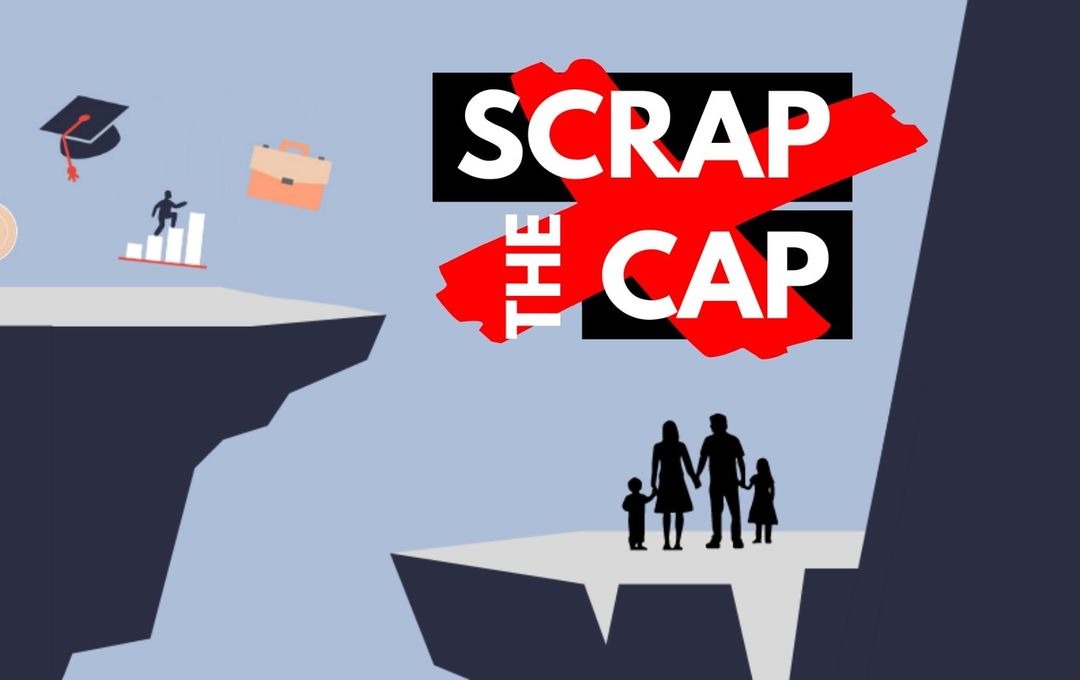 Organisations across the UK are calling for the removal of the benefit cap, which places a limit on the total amount of benefit payments a person or family can receive.

At the moment, regardless of needs assessment, the most any household can receive is £13,400 a year for a single adult, or £20,000 a year for a couple or family. Historically, the cap was linked to average UK household income, but since 2015, it has dropped far below the median, and right now, the cap is almost £10,000 lower than the UK average income.

Those most in need of support are the most likely to be negatively affected by these plans. With the benefit cap already falling below the poverty line for many, those who are unable to work, who make up the majority of capped households, and those with additional costs associated with disability, childcare etc, are left with far too little to lead a healthy, happy, dignified life.

The benefit cap often means insecurity and anxiety, poor mental health, and an inability to afford essentials like food and heating, leading to reliance on foodbanks and growing debts. Struggling to stretch inadequate funds to cover food, rent, and bills often pulls people deeper into cycles of poverty, homelessness and trauma.

"The #ScrapTheCap campaign reminds us how even the smallest amounts of money can have the biggest impacts for those in poverty."

“The sums being cut off by the cap are not some additional benefit. They are literally a lifeline. It’s like saying ‘I will help you crawl but I won’t help you walk’ or ‘I will give you a house but I won’t let you heat it’ or ‘I will let you buy food but only half of what you need’."

"Capping support arbitrarily, all because of some pernicious assumptions about what levels of help are acceptable for families in need, is frankly inhuman.”

According to recent data, over 3,300 households in Scotland are affected by the benefit cap. Two-thirds of those capped are single parent families, and of the 91% with children, 87% are stretching £20,000 a year to support three or more children. 4 in 5 single parents affected by the cap are not expected to work because their children are so young, and 1 in 6 have been assessed as not fit to work.

Even on its own terms, the cap fails to meet its aims. The cap was introduced, in part, to incentivise work, but Policy in Practice estimates that only around 4% of households move into work dure to the cap, while there is evidence that the policy directly makes it harder for many to find employment. The costs of seeking employment – childcare, transport, and so on – can be unaffordable on capped benefits, and the LSE say that, partly because of the impacts on mental health, many are being pushed further out of the working world.

The cap also aims to encourage those on benefits to find cheaper accommodation, but 65% of those affected are already living in the cheapest available housing, and many more would struggle, both financially and logistically, to find and move into cheaper homes.

Furthermore, childhood poverty is known to have severe impacts on life prospects, with childhood poverty a strong indicator for adult unemployment, homelessness and ill health meaning the cap is fueling a continued cycle of exclusion, poor health and inequality. The UK Supreme Court has said;

“It cannot possibly be in the best interests of the children affected by the cap to deprive them of the means to provide them with adequate food, clothing, warmth and housing, the basic necessities of life.”

Ending the benefits cap would be a significant step towards a more just Scotland. Cyrenians are joining the call for the UK government to #ScrapTheCap and stop forcing people deeper into poverty.