A home in the Community 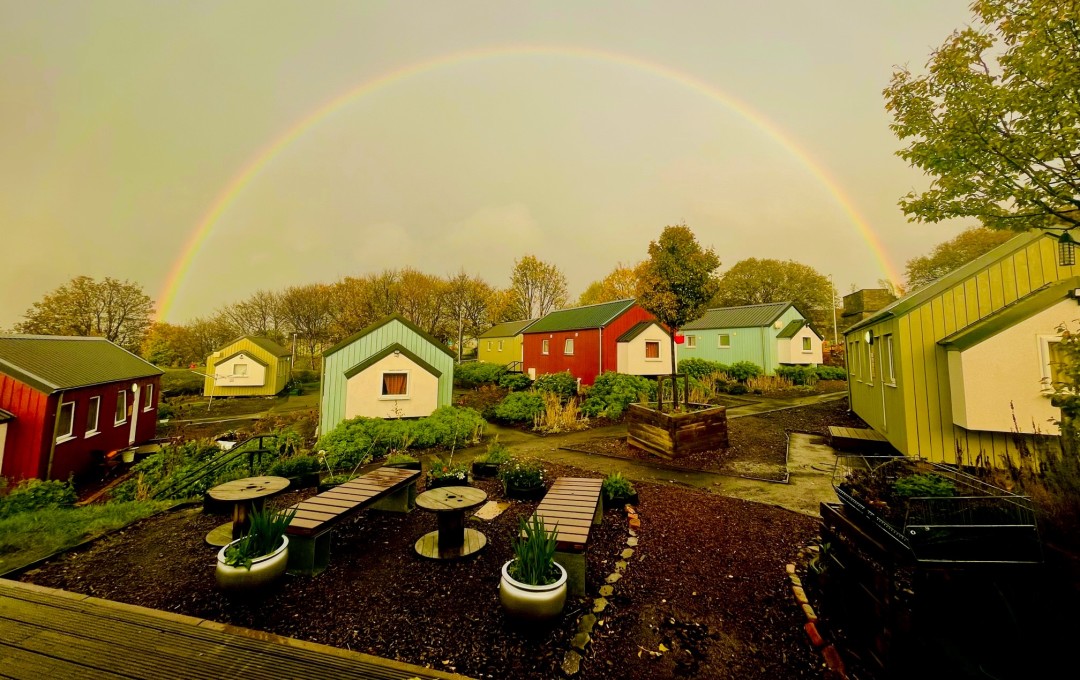 Why do we use the Community model we do at Cyrenians? In this blog, Andy Murdoch, service manager for our Communities aimed at adult residents, says that building a safe space to develop skills together tackles the root causes of homelessness, not just its immediate impacts.

Someone recently asked me, what’s different about the Cyrenians Communities? What makes living in a shared house in the Social Bite Village so different to living in a B&B? And in my opinion, a lot of the answer is right there in the name.

For a lot of people, life in conventional temporary accommodation – something like a B&B or a hostel – can bring out all their defences. These types of accommodation, while they do offer warmth and shelter, often leave people feeling isolated, threatened and less likely to engage. Especially with many people coming from places where they’ve had to build up a lot of defences, it’s hard not to close yourself off further.

A lot of temporary accommodation can often restrict people’s movement and routines; tight curfews and rules about what you can and can’t do and when; your ability to stay there is often extremely conditional. And for me it always seems to turn into something of a self-fulfilling prophecy – if you don’t trust people, they respond accordingly. If you take control and responsibility away from people, they get institutionalised.

Cyrenians’ model is all about giving back that responsibility, and we live that out in our Communities. Decisions are made by the people living in the community, not imposed from above. Support is always available from our residential volunteers and staff, but we're not monitoring people 24/7 or constantly patrolling. The community members have the autonomy to decide what’s best for the community. In many ways, I sometimes say it’s a lot more like “real life” - it’s a safe and supported space, but it’s one where people have the final say on their own lives, and the freedom to handle things in a way that works for them.

Residents won’t be with us forever – we know from the off that we’re here to act as a transitional point, so it’s really important that while they’re with us they’re learning the skills they need to build a stable, independent life in their permanent accommodation.

All too often, people go into temporary accommodation – often for months or years – and spend that time building the skills to survive in temporary accommodation. That often means learning to follow rules, to give over control of big chunks of your life, to reinforce your defences and to constantly be on guard because the ground keeps moving under you. Then they get allocated permanent accommodation, and suddenly they’re expected to just...be ready to live independently.

It’s convenient to treat the end goal as getting people into houses. It’s much easier to put numbers next to, and call it done the minute someone’s got their keys.

But in the end, homelessness doesn’t exist as a thing on its own.

We know that homelessness is part of a much larger cycle of poverty, deprivation, and generational trauma. Many people who join us at the village have never experienced a stable home that they can rely on – a good example is food; lots of people we work with have dealt with food insecurity since early childhood, and they behave accordingly. And the same is true of relationships – a lot of people have only ever experienced friendships and relationships that are unbalanced or downright abusive. There’s a lot of deep-seated skills people have learnt to survive these situations, and often not much chance to learn different ways to respond.

When we expect people to jump straight from years or decades of living unmoored and unsupported to living settled, independent lives just by giving them a roof over their head, we’re setting them up for failure, and we know it.

It takes more than a house for people to be able to feel at home.

When we talk about life skills, people often jump to things like ‘can you boil an egg, can you pay a gas bill’, and those things are important, yes. But to me, the most important skill to build an independent, stable life isn’t any of those. The most important skill to have, for me, is the ability to build positive relationships. And that’s hard. It’s especially hard if your survival has dependent on you keeping your defences up.

People often like to act as though homelessness happens as a result of “bad choices,” but that’s not true at all. My dad used to say “the things that change your life the most aren’t things you choose” - maybe you face abuse or trauma, maybe your health goes downhill, maybe you lose your job or get pregnant unexpectedly. It isn’t necessarily in your control, and what comes out of it has less to do with the choices you make and more to do with the safety net you have available. 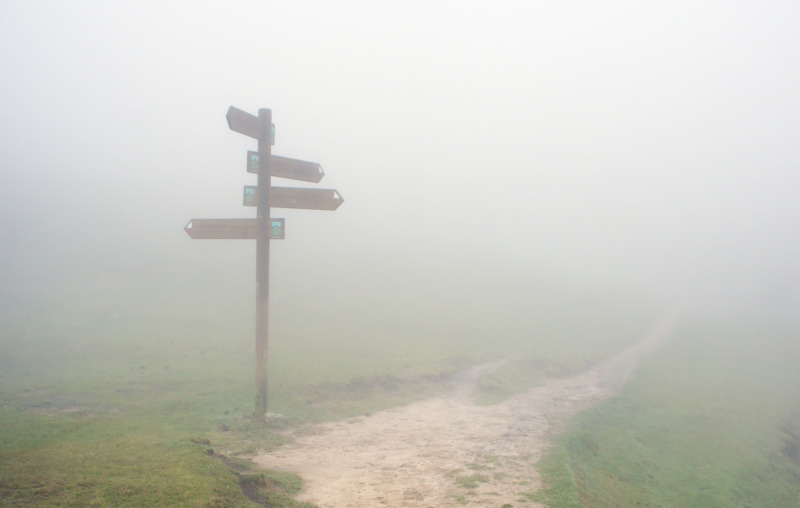 "But don't people choose homelessness?": the fallacy of "choice"

It’s important to have a roof over your head. It’s important to know how to cook, how to pay your bills, how to reduce your debt, how to get to doctor’s appointments, all these vital skills. But if you learn how to build safe relationships and who and how to reach out for help, the rest becomes a lot more manageable.

So much of what Cyrenians does is about giving people the space and stable base they need to make the most of the abilities they already have, and nowhere is that more obvious than in the Communities (in my opinion – I'm obviously biased). Just by building a space where people can feel the ground settle under them, where they have a stable place to live, support to turn to, and their basic needs met, we get to watch their skills and confidence grow.

It takes time to relearn how to build positive relationships.  But something that’s fantastic about the Communities is that it isn’t just our staff team offering support. Residents and volunteers support each other, and as they learn new skills, they share what they’ve learnt with each other and grow as a community.

The more you have positive, supportive relationships in your life, the easier it is to build more. The more you’re trusted to make your own decisions in ways that work for you and your community, the more you learn how to do that. The more confident you are that support is there when you need it, the less likely you are to need it. Generally, we’ll see less and less of people the longer they’re with us, as they get more able to cope on their own, and of course, at some point they’ll move on to a more permanent home.

But people come back – and not just to get help. More often, people come back because they want to put back into their community, even though they’re settled in their own permanent homes. They come back to cook meals, help organise outings and events, and to offer a listening ear and supportive presence to newer residents.

As Cyrenians have said a lot, it takes more than a roof over your head to make a home. And trusted relationships, a community you can turn to, and the confidence to ask for help when you need it, is what really forms the foundation of a lasting, stable home. Homelessness is a deep, systemic issue in Scotland, but for everybody who can use the space and support we offer to build that foundation of community, we’re chipping away a bit more at those cycles of homelessness.

Making a myth (and finding the truth)