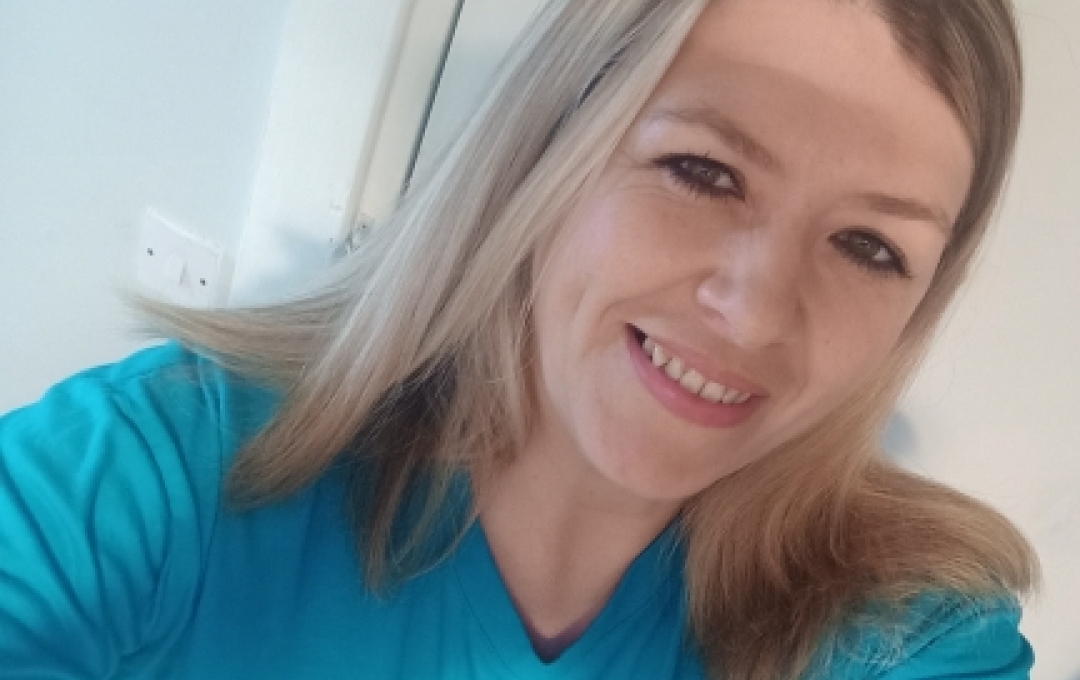 In this piece originally published in  The Pavement, Viki Fox, Cyrenians’  Policy & Participation and LEAP  Service Manager, reflects on her own journey from long term homelessness to a thriving and rewarding life supporting others.

I have had a long history of homelessness, spending time in precarious living situations and staying in relationships that were unhealthy and often dangerous to avoid homelessness. What ultimately took me from that situation to being able to thrive was opportunity and support, and if I wasn’t lucky enough to have these opportunities, I don’t know where I would be today.

After being in several long-term abusive relationships, I wasn’t without hope of my life changing, but I certainly couldn’t see a way to make it happen. I was scared of leaving and being forced into the homelessness system. I had heard such horror stories about temporary accommodation - it was a case of “better the devil you know,” so I spent far too long living in situations that were mentally and physically damaging to me and caused severe anxiety to those that cared about me.

I eventually left one particularly abusive partner and went with a male friend to present as homeless as a couple, which seemed slightly less daunting.  We spent around 10 months in a homeless B&B with one working shower between 13 rooms, and while we were there we became a couple.

I remember one day going for breakfast. We were told that it was two pieces per person, but if you were in a shared room you got three between you. There were three pieces and a heel left, so when we were given the three bits of toast my partner put the heel in the toaster.  It was quickly snatched out by the B&B Manager and put back on the side. The bread was from an 8p reduced loaf. It was grim.

Another time, my partner needed an ambulance late at night from the B&B. The manager said that if we weren’t back by the 11pm curfew we wouldn’t be able to stay. There was no way to get back in time, so we had to choose between getting urgent healthcare or having somewhere to sleep that night. The hospital wanted my partner to be kept in, but as I couldn’t stay with him and he didn’t want me on my own all night, we left and had to spend the night in the care shelter.

Eventually we got our own tenancy, but the trouble didn’t end there. On reflection, this relationship was one borne of necessity rather than choice. I felt pressured and held back and my partner had addiction issues that he just couldn’t break. Again, I remained for longer than I should – feeling in limbo, unable to move on with life due to my deep unhappiness and scared to face a homeless B&B by myself.

I had a support worker who fought for opportunities that ultimately changed my life. It makes so much difference to have someone advocating on your behalf, and it gave me the confidence to leave. I was offered supported accommodation in a hostel, which felt like a haven among all the chaos. Although my time in the hostel was far from stable, it gave me space to start finding myself, being the first time I had lived “alone” in my adult life.

I was there around 20 months, until I was offered a tenancy close to my support networks. I had started volunteering for Cyrenians in their cook school after completing one of their cooking classes and had the opportunity to take their 'train the trainer' course. Shortly after moving into my own place, I applied to work as a tutor in the kitchen, and I got the job!

I was there for around two and a half years and returned to university part-time to start a Masters degree. I have now been working with Cyrenians for over four years managing our residential rehabilitation accommodation and co-managing our policy & participation work,  as well as being a trustee for two other homelessness charities.

I often reflect on how my life could be so different now if I hadn’t had the opportunities available, at the right times. I know that many are not so lucky, but we need to shout about opportunities and push for the creation of new ones so that all can benefit, not just a few.

Working with Cyrenians, Viki has supported hundreds of people through difficult times in their lives, including helping people like Lauren get access to tenancies and support. Her experience is a powerful testament to how advocacy and support can #ChangeTheStory not just for one person but for the community.

Volunteering is the great leveler