Building something beautiful with the John Muir Award 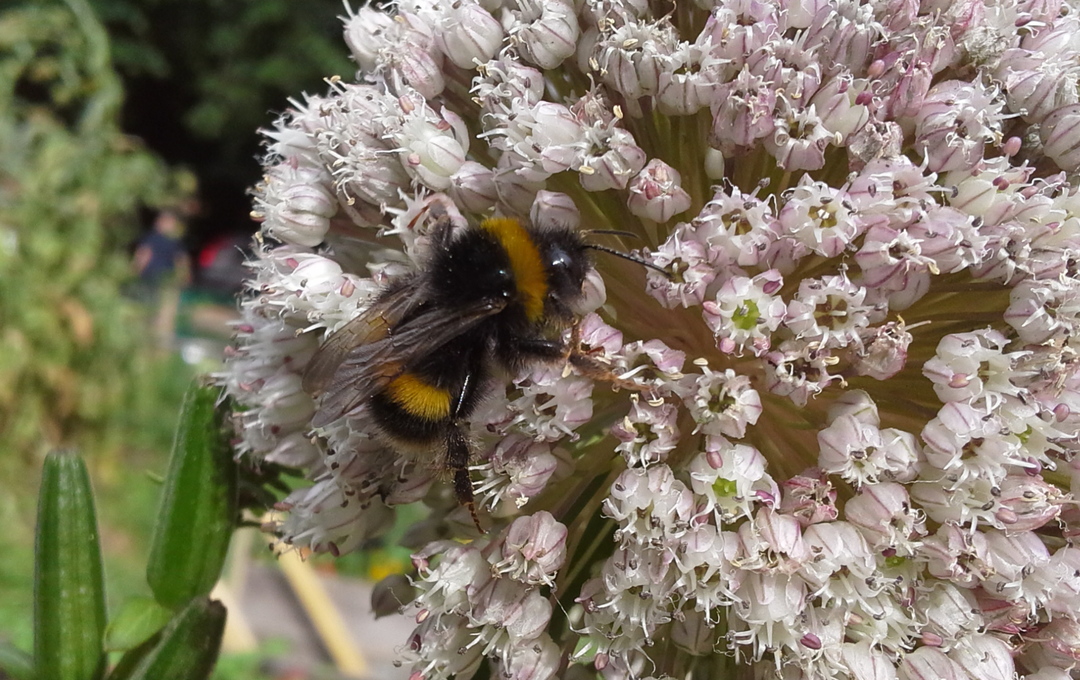 Kim Wingate, Green Activity Leader for the Community Hospital Gardens, explores how working towards the John Muir Award has helped patients at the Royal Edinburgh Hospital to improve their physical and mental wellbeing.

Monday mornings have been productive around the grounds of the Royal Edinburgh Hospital this year. Five patients from the hospital’s Orchard Clinic have been volunteering their time and energy to improve the estate for visitors, both humans and wildlife alike.

The practical conservation activity the group were involved in was only one part of working towards the John Muir Award. The award, which encourages awareness and responsibility for the natural environment, also involved exploring wild places around the hospital and sharing their experiences. After 20 weeks of activity, all patients met the award criteria and were presented with their nationally recognised certificates.

“The thing I enjoyed more than receiving the Award was the process of achieving it.”

Although some seemed a bit daunting initially, the tasks the patients were involved in gave them a sense of achievement, knowing they had done something positive for nature. The tasks included contributing to tree care in the ancient orchard on site, cutting back the garden wildlife hedge, creating habitats (bird boxes, bug hotels), and building and maintaining a willow bench. They have also learned how to create art using natural materials, including Christmas wreaths from willow, and have made pesto and paint from things found in the grounds!

“The sessions are very successful. Patients are often up out of bed and ready to go well before the session starts. Sometimes a little sleepy however, often bouncing back to the wards after an hour’s activity outdoors!

"There is a knock on effect," she said. "The Orchard Clinics gardens have been greatly improved by the patients that attended the sessions. Where weeds grew we now have potato plants. 3D art tends to find its way into the garden areas, and patient photography benefits from a greater awareness of what’s around the hospital grounds."

"The group is greatly appreciated and the benefits to the patients and clinic are evident.”

For one patient, the commitment has extended to over a year of involvement with the group activity, and regular garden volunteering sessions at other times of the week. With this level of activity, he has been able to achieve the next stage of the John Muir Award; the Explorer Award. With a keen interest in, and talent for, photography, he created a short presentation to share his experiences. This is an impressive achievement, and demonstrates his commitment to caring for wild and outdoor places.

During informal reviews, the patients regularly reported an improvement in how they were feeling between the start and end of sessions. Enjoying simple things like pushing a wheelbarrow, planting a tree, having a feeling of working hard, and being in the fresh air were all remarked upon by the patients as positive impacts of being involved. One person even commented that he enjoys his late morning coffee more on Mondays, as he feels like he’s worked for it! Furthermore, working on transferable skills such as problem solving, team work, and motivation were identified by NHS staff as benefits of the activities.

Receiving their John Muir Award certificates is a great outcome for the patients. It has been a tangible way of consolidating their experiences and celebrating their achievements, and it also recognises the positive impacts they have made for the hospital community. Well done everyone!

Breaking out of the homelessness trap